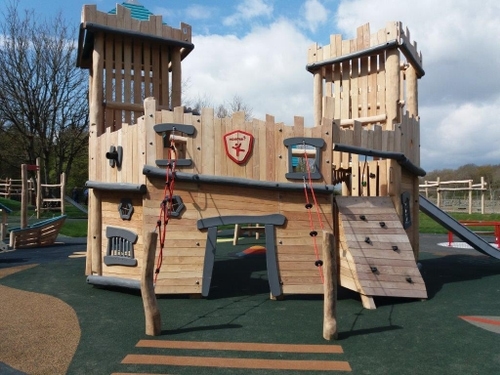 Cosmeston offers a fine introduction to the countryside and is open all year round.

The park has been designed to enable people of all abilities to discover and enjoy the countryside found within the Vale of Glamorgan.  The country park has a variety of habitats covering over 100 hectares of land and water, with some areas designated a S.S.S.I (Site of Special Scientific Interest) protecting the rare and diverse plant and animal species.  The park opened to the public in 1978 and today Cosmeston Lakes Country Park is a haven for local wildlife.   Its flat, even paths are easily accessible to everyone and many people visit again and again.

The two flooded quarries have become the main lakes at Cosmeston. The 12 ha of open water attracts large flocks of waterfowl which include impressive numbers of mute swans, mallards and diving birds such as the great crested grebe.  The two former tip sites to the north were carefully landscaped to form meadows and open grassland.  The woodland, meadows and wetland habitats at Cosmeston Lakes are all sensitively managed.  On the western side are the Dovecot Fields which are separated by Sully Brook running through the middle.  It is here that the remains of a medieval dovecot can be seen.