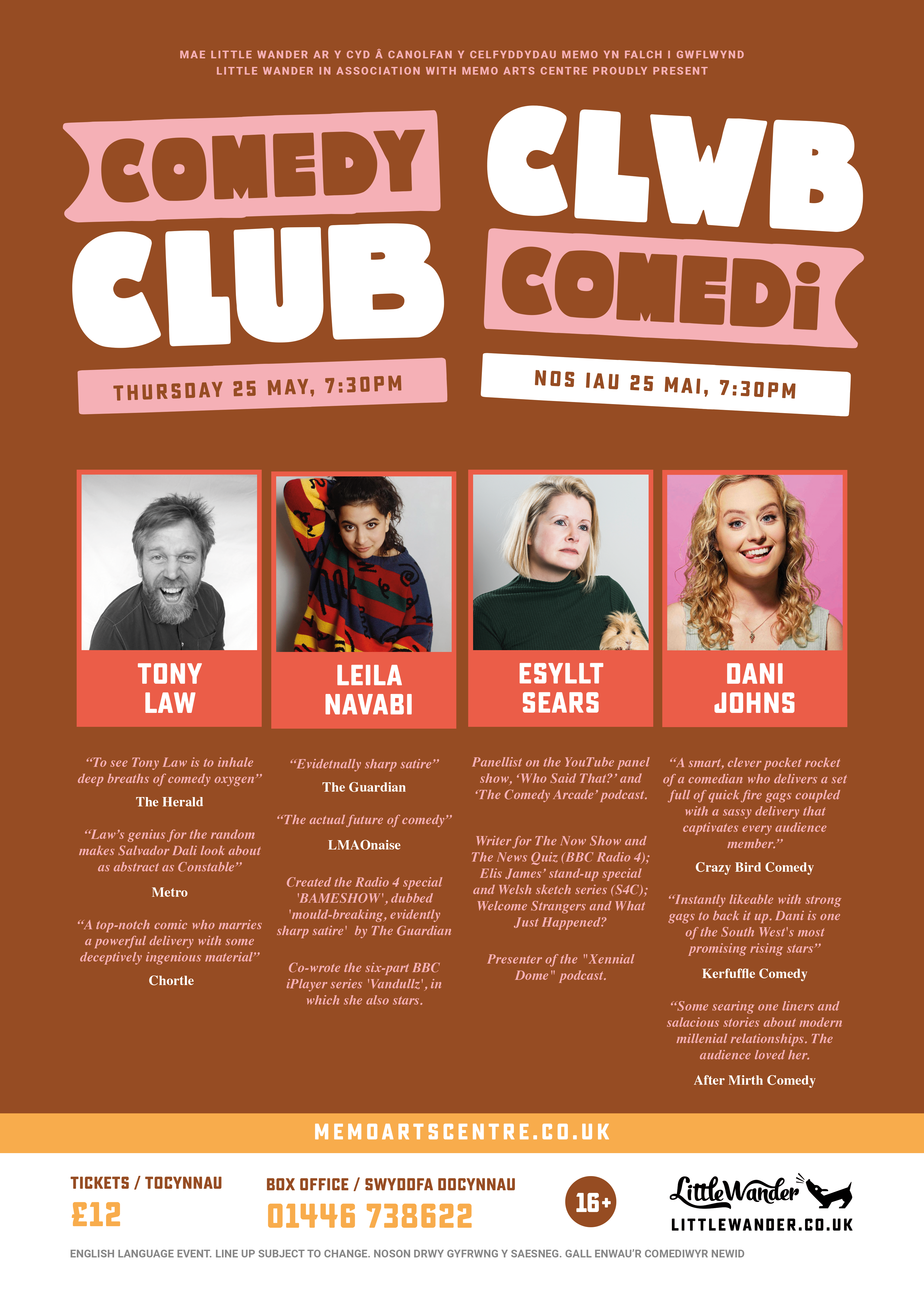 Join us for a night of laughter as three of the UK’s finest stand-up comedians raise the roof at the Memo’s new Comedy Club!

Canadian Tony Law has featured on Have I Got News For You Never Mind The Buzzcocks, 8 Out Of 10 Cats, Charlie Brooker’s Weekly Wipe, Heading Out, Stewart Lee’s Comedy Vehicle, Russell Howard’s Good News and many more. “To see Tony Law is to inhale deep breaths of comedy oxygen” The Herald

Welsh stand up and writer Esyllt Sears has provided tour support to Elis James, has performed on BBC Radio 4 Extra, BBC Radio Wales in English and S4C in Welsh. She’s also written for The Now Show and The News Quiz; Elis James’ Welsh sketch series and his stand-up special.

Leila Navabi’s comedy has been seen and heard across the BBC. She created Radio 4’s ‘BAMESHOW‘ which was dubbed ‘mould-breaking, evidently sharp satire’ by The Guardian, she’s the writer and performer on BBC’S Vandullz, as seen on BBC iPlayer’s Live From Aberystwyth Pier, and is quickly becoming a hot-ticket act on the UK stand-up circuit.

Dani Johns is a recovering chav and enthusiastic Bristolian, and is described as a “smart, clever pocket rocket of a comedian”